This weekend it was time to visit Munichs "Kultfabrik" to rock a fresh wall with Cowboy69 and Caze from the ABC crew. Later on, Zlep and Zement joined...
For a bigger view watch here 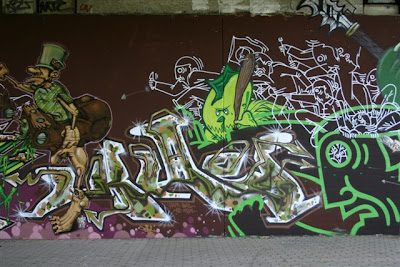 My part of this production at a graffiti jam 2008 in Kassel together with the TPL crew and other mostly Hamburg based writers:

The wall was named "styles vs. characters" and featured a bunch of figures on the right side trying to roll over an army of styles on the left prepared to fight back... 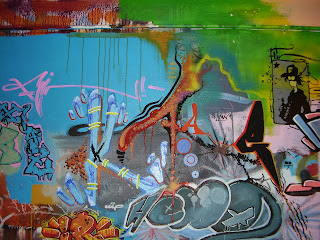 Kae feat. Flin at a wall-collage for an exibition at Munichs "Färberei" (watch my links) in 2011